A country with a past. And a future. 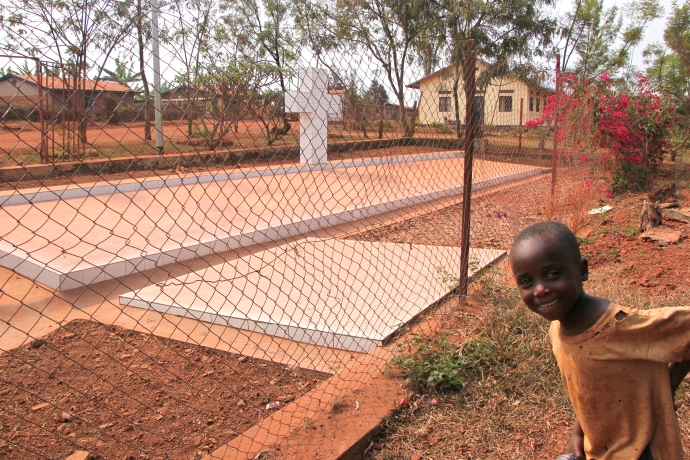 It’s hard to know where to begin writing about Rwanda, and after a mere ten days there, terribly presumptuous. But since I’m not getting paid to do this, I’ll give it my best shot. Rwanda is a beautiful country that’s best known for the apocalypse of its genocide in 1994 and the nation is still defined by it. To survive, Rwanda has had to simultaneously remember and honor that past and move beyond it… in a country where people who murdered 800,000 of their friends and neighbors still live alongside the victims’ families and survivors.

That’s an almost inconceivable situation. On every level, you have to respect these people who have somehow managed to not only hold their country together for the past 18 years, but avoid another war and move forward.

Can you find Rwanda?

Rwanda is small (about the size of Maryland) and it’s home to a lot of people—over 11 million who have cultivated almost every square inch of it. The country is predominantly rural, with 90% of working Rwandans farming plots that average only about an acre, they have big families, and competition for land can certainly be seen as one cause of the genocide.

One bewildering fact is that, unlike many African nations, Rwandans are a unified people: they speak one language (Kinyarwanda), are from just one ethnic and linguistic group, the Banyarwanda and are overwhelmingly Christian. The country is remarkably clean (once a month they have a clean-up day — my kind of place!!), the government of President Kagame is largely free of corruption, and despite the poverty, you get a definite feeling of progress and forward momentum. 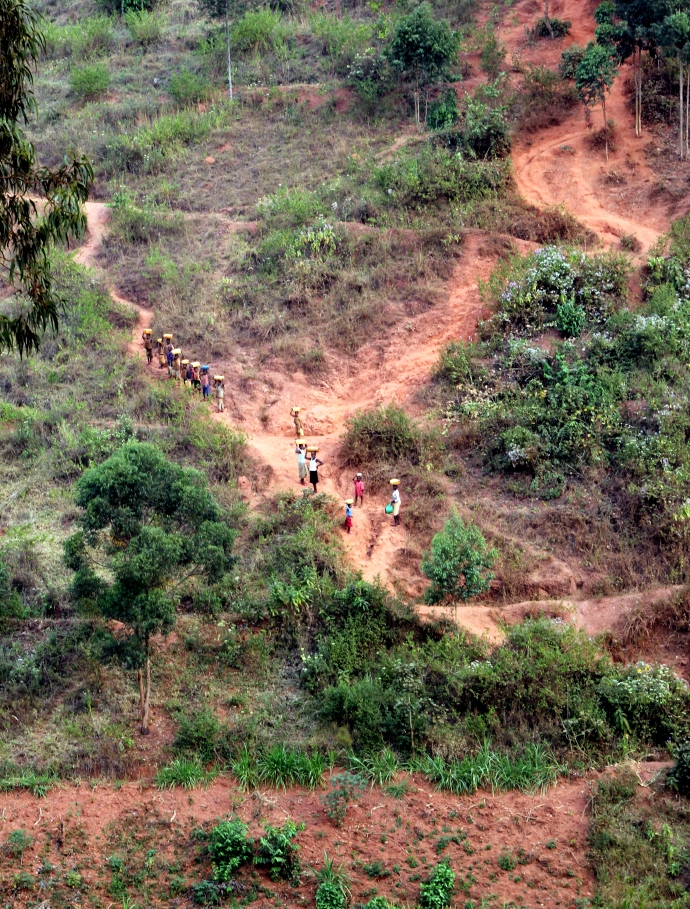 Children carrying 20-liter jerricans of water back up to their village.

The 2 million refugees who fled the genocide are mostly back home. Infant mortality rates have dropped by a third, literacy has increased to 71% of the population, and access to safe drinking water has doubled in just 3 years. The people are incredibly hard-working and industrious, yet when I asked my daughter Lulu who came with me on this trip what she thought of Rwandans, she mulled it over and replied, “They seem happy. Happier than Americans.”

Village boys thrilled with our empty plastic water bottles: a big treat for taking to school.

Despite an initial wariness that you often feel up close, it’s hard not to like people who literally run out of their homes to wave at you. 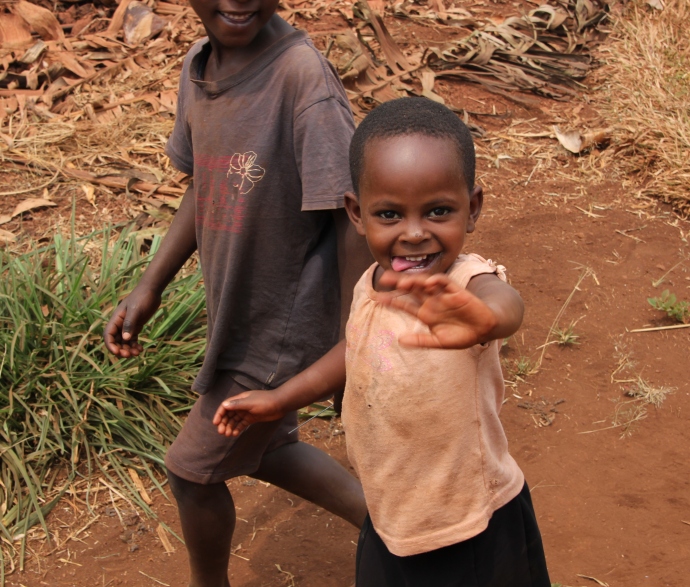 And it’s hard not to cheer for people who are working so hard to make their way back from catastrophe.

Here’s hoping they keep on rising.