A song of reconciliation. 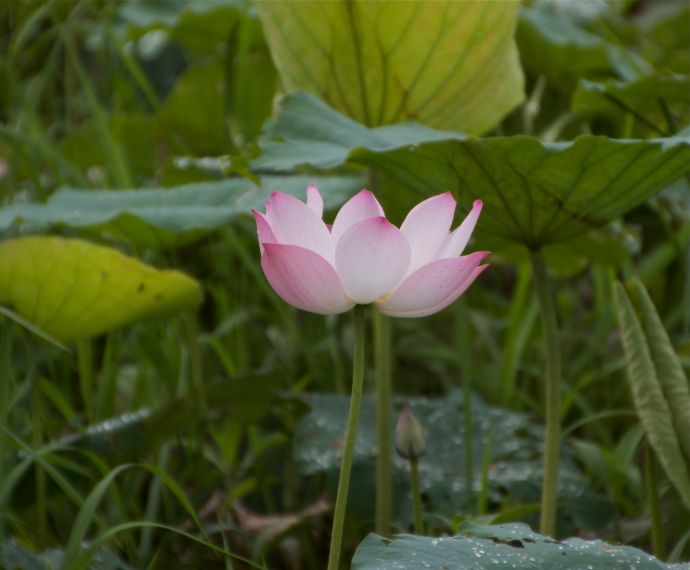 It’s difficult for an outsider to fathom the profound repercussions of the genocide in Cambodia, or how pervasively it has affected that country.

Even Keo Keang, Heifer Cambodia’s adorable country director, was not spared; her father was murdered by the Khmer Rouge in 1977, and her 15-year old sister taken from their house and killed in 1978 – for the crime of being educated. 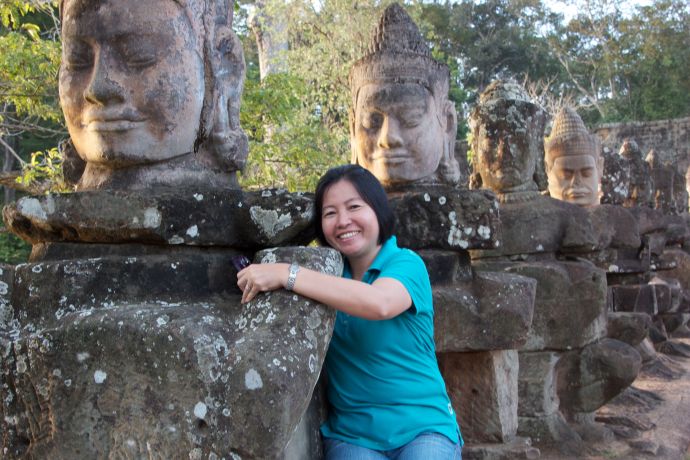 After those murders, KK was separated from her mother at the age of 8 and placed in a children’s camp, working 20 hours a day digging irrigation canals, with the clothes on her back and not a blanket or piece of soap to her name. That lasted 2 years. As she told me about the grief and deprivation of that time, her sweet face contorted into a mask of agony … in this land that is 90% Buddhist, she saw people slaughtered in the pagoda temples and monks being shot. KK’s personal stories are not unique; almost everyone in Cambodia over the age of 30 shares those same terrible memories of beloved family murdered, unbearable violence, and unrelenting terror.

Some scars you can see, like this one from a landmine; other scars are hidden.

But beyond the fear is the way of life Cambodian people learned over years of oppression: to trust no one and talk to no one, to care only about yourself, and to put your head down and simply endure. Which is why Heifer’s projects in Cambodia can be so transformative; one of the cornerstones of all Heifer programs is Sharing & Caring for others, something people in Cambodia have to relearn in the face of so much betrayal.

We traveled to Pursat Province – over a river that was choked with bodies during the genocide- to meet two former soldiers who’d lost limbs in the conflict (which lasted here in the nearby mountains until the bitter end in 1998). Chin Chhil, a former government soldier and devoted father of 11, lost his leg above the knee in 1987 and can’t wear a prosthesis, greatly impairing his ability to provide for himself and his family.  Seng Som, former Khmer Rouge, is father of 5 and lost his leg below the knee. In 2010, Chhil received a water buffalo from Som in a passing on the gift ceremony (an asset worth about $1000) and now the two are close as brothers. 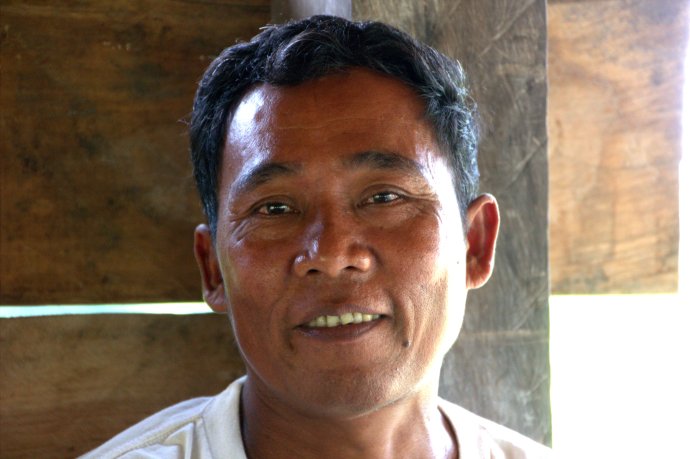 Both men are farmers and fathers now – and eager to leave the past behind. Heifer’s project, in conjunction with a local Disability Development Service Program, is helping them do just that. Working in Pteah Rong, one of the poorest communities in Pursat, the program includes almost all 200 families in the village, and already over 100 water buffalo and cattle have been given to farmers organized in Self Help Groups, and passed on to other disabled members.

With 11 children to feed (only 7 still live at home), Chhil and his wife Samon work the fields with the help of their sons and their Heifer water buffalo (Chhil is not strong enough to farm alone). They raise rice and peanuts, have a flock of 100 chickens, and use income from their animals to send their beautiful children to school.

The next generations – free of war! (Chhil’s youngest daughter and grandson)

Som’s children are mostly grown but he farms and raises animals, still plays volleyball, and as Chhil was quick to tell me, is “very strong” and came in third in the town races. 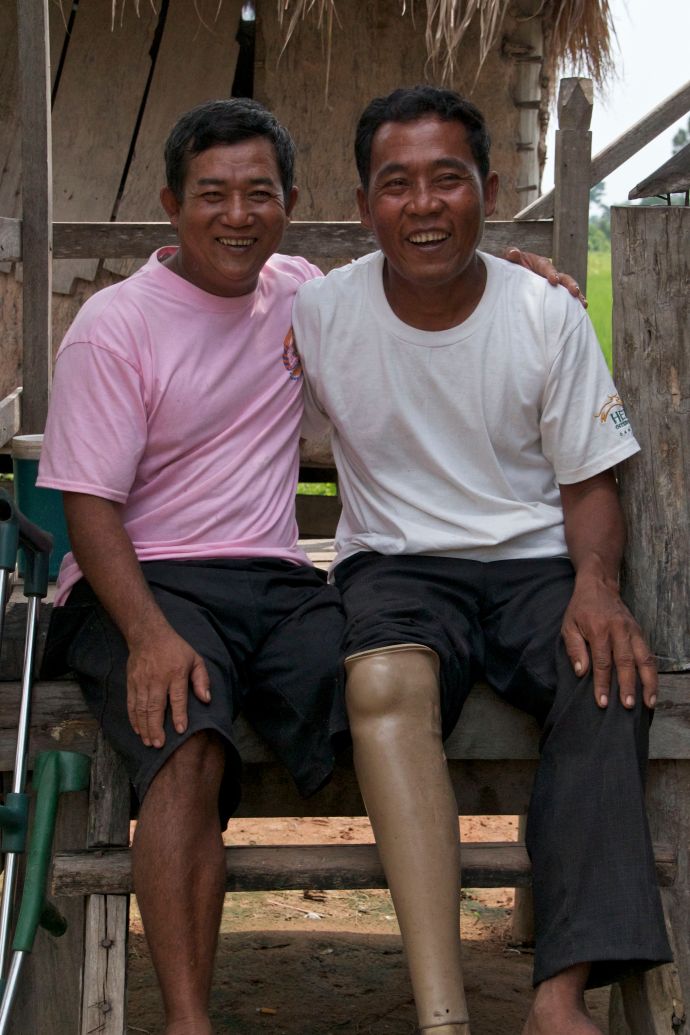 If the only way to deal with a traumatic past is to create a hopeful future, these two men who may well have looked across a battlefield at each other now have a different vision. They break bread with each other, their children play together, and they work side by side to care for the animals that sustain them.

A beautiful lunch we shared.

“The advantage of working together is that we can forget the past,” Som says. “If you have a problem, I will help you. If you have a need, I will share with you. We’ve learned a new way to live.”

21 thoughts on “A song of reconciliation.”