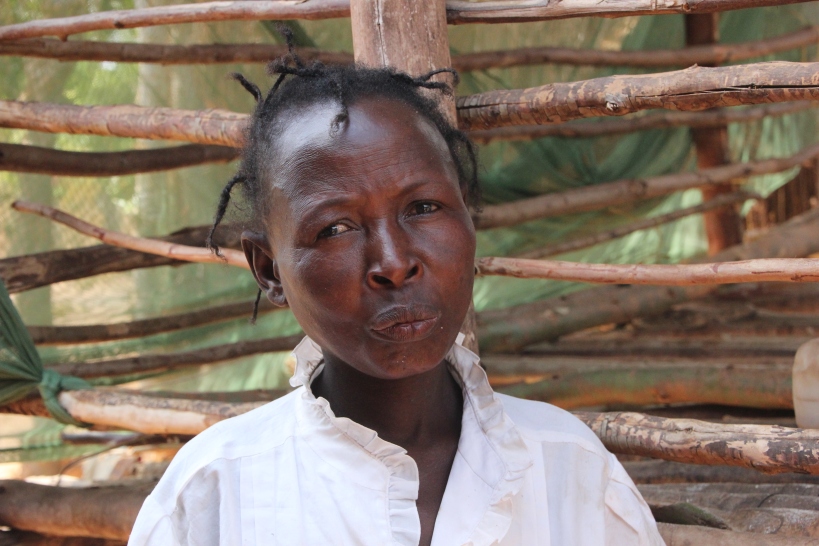 Whenever I’m running off my mouth, thinking that my life is stressful, I hope I can remember Janet Dzonzi from Msendaluzi village in Malawi. And just stand in total gratitude for the life I’ve been blessed with.

Janet is 42 and a widow. She has 6 children; the oldest is 25, has finished secondary school and is living in Lilongwe (he doesn’t’ visit home much) and the youngest is 3 year-old Stella. 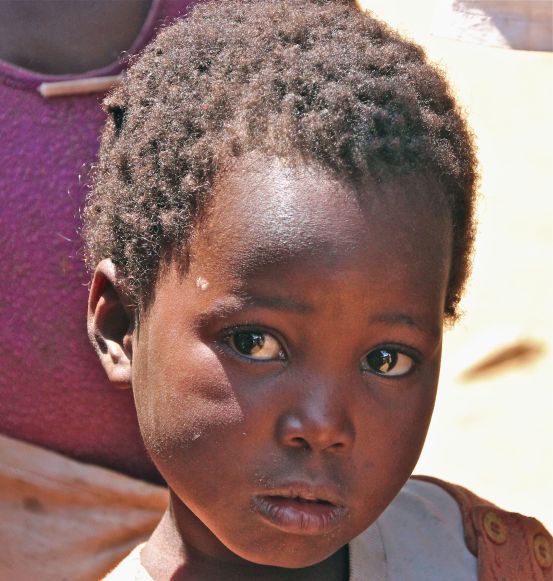 Janet’s 23-year old daughter lives next door and helps out a lot, but since her husband died, Janet has been struggling to farm her 3 acres of land and plant the soybeans, ground nuts and maize that will feed her family and provide a tiny income ($150 for the year).

Last October, Janet received 2 meat goats as part of Heifer’s Sustainable Agriculture and Natural Resources Project that will reach 1,600 families around Kasungu. One of those goats is pregnant and the other will be bred soon – she’ll pass along those baby kids, and then hopefully have more of her own. 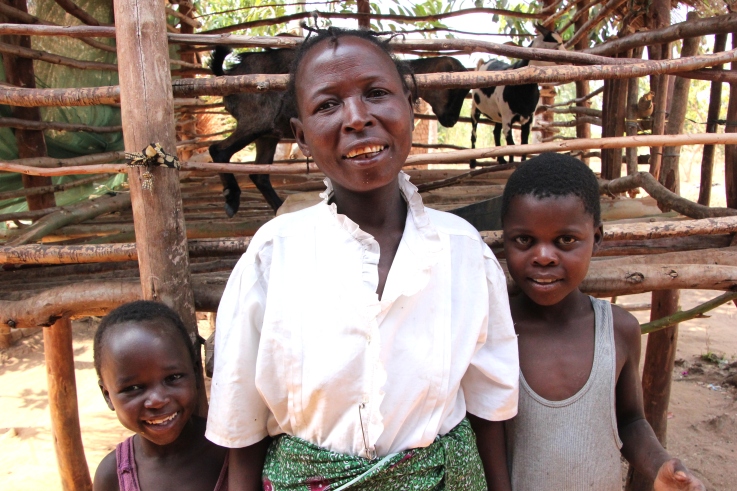 Fred, his mom Janet, and Abigail with their goats & beautiful shed.

These goats mean a great deal to Janet and the future of her family, and they’ve sacrificed to get the animals. The materials to build the goats’ shed cost $17 and Janet had to save up to buy every 5-cent nail. (“That was a hardship,” she says ruefully – and I’m thinking, I will never use that word again.) 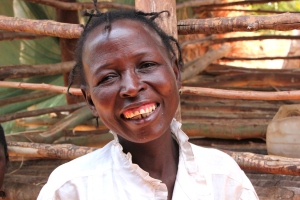 But when I asked her if it was difficult to raise and breed her goats, she said no, it was actually a “light job.” She’s learned a lot from the Heifer trainings and she’s determined to succeed.

Janet is painfully thin, but she says the family has enough to eat for now. (But I’m worried because runaway inflation in Malawi has caused the price of food to double in the past few months.) The family eats beans twice a month, meat once a month, and their other meals consist of nsima (the national farina-like dish made of corn flour), porridge, paw-paws and mangos. Plus tea.

Janet can’t wait to show me the new energy stove she made with Heifer’s guidance –it cooks twice as fast and uses half the firewood, so now instead of collecting firewood for hours on end, she says the stove has made her a “free woman.” 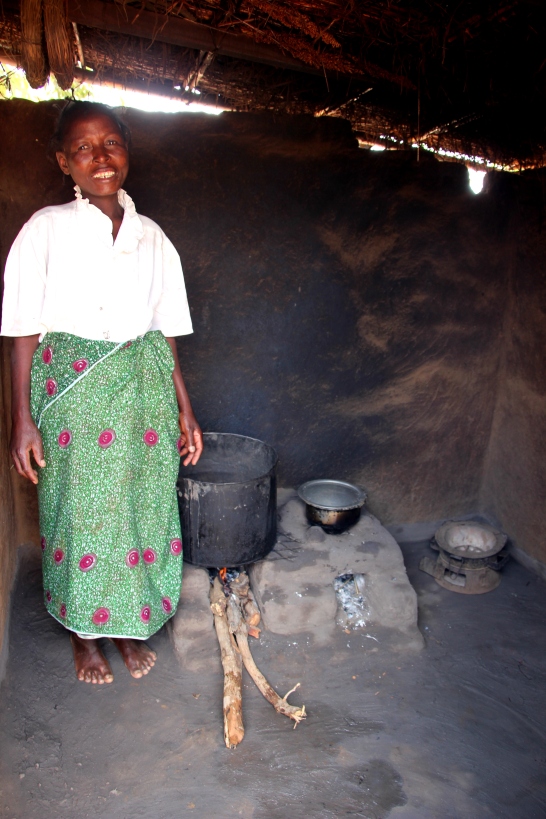 Janet’s so proud of her energy stove, you can see it!

Janet dreams of having a flock of 20 goats, and with the compounding beauty of reproduction, in a few years that is totally possible. Each goat will sell for about $36, so these animals are money in the bank –as well as food — for this family.

“If I had 10 goats, I’d remove the straw thatch from my house and get a tin roof and put in a cement floor,” Janet says longingly. “And I’d have no problem paying my children’s school fees of $45/year.” 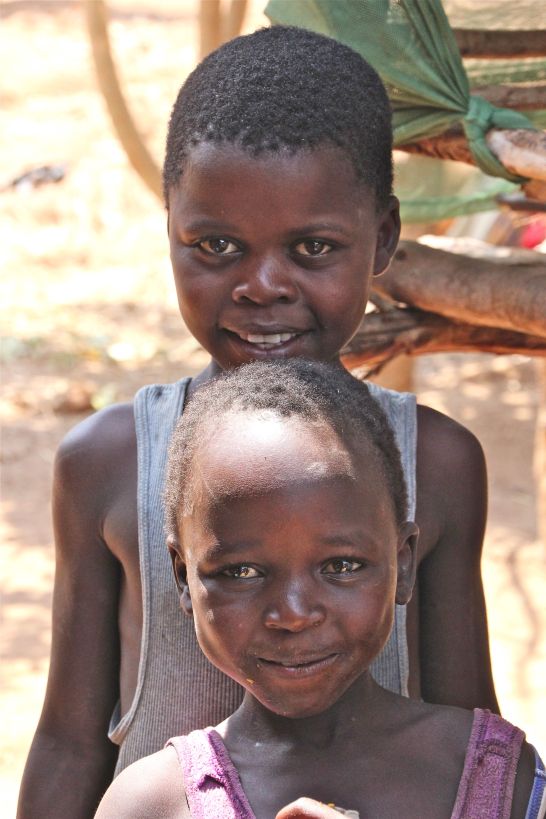 What she’s saving for …

Such modest goals, really. A roof that won’t leak. Money to educate her children. And enough food to keep from being hungry. All possible through the gift of two goats.

Not to put too fine a point on it (okay, I’m going to make the point with no subtlety whatsoever), but at this time of year when buying gifts is what consumes us, here’s a way to turn consumption into a beautiful circle of giving. Give the Heifer gift of a goat, sheep, or yes, a heifer to someone you love and you’ve not only avoided the mall, you’ve honored that person in a really beautiful way. 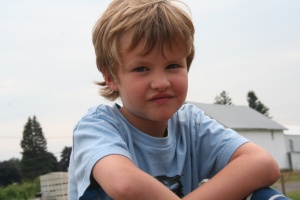 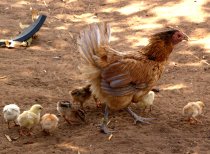 I just bought a flock of Heifer chicks for my grandnephew Kieren who at the tender age of 9 has a real heart for the less fortunate. That purchase  made me feel so good, I can’t tell you.

Because I remember Janet. And I remember how as we were leaving, she pulled me in to look at the new baby that had just been born to the young woman next door. Everyone was so excited to welcome this child into the world! He was an utterly perfect little fellow, but it was hard not to wonder if he too would grow up in such difficulty and want. 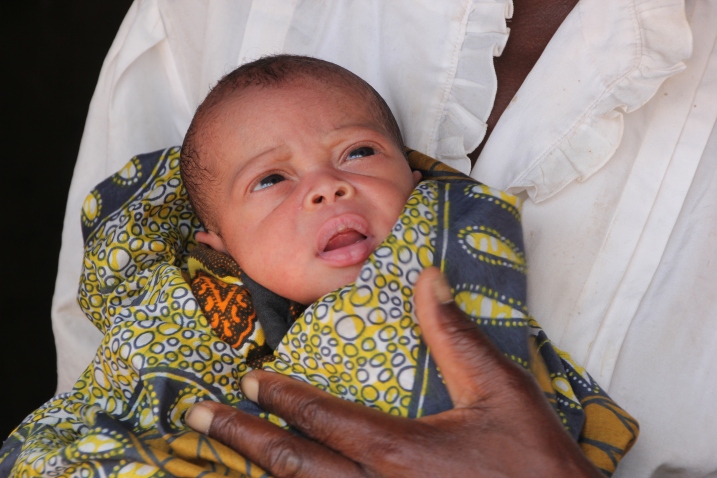 I’m putting my money on a better outcome. Join me???