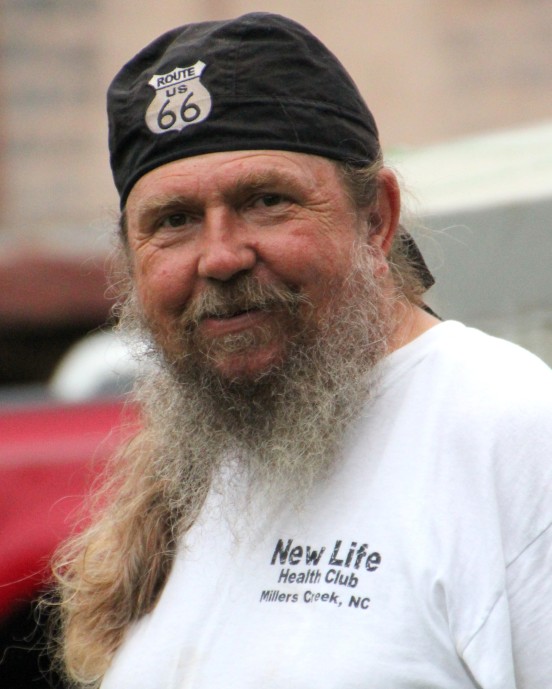 I’m not much of a biker chick (I proudly ride a scooter, dude) and precious few people confuse me with an evangelical Christian, but I have to tell you, I was about ready to jump on a Harley and get a few big Jesus tattoos after meeting the liturgical heads of the Crossfire Biker Church in Wilkes, North Carolina, during my trip with Heifer to Appalachia.

Duncan Overrein and Dwight (Bubba) Smith are the Associate Pastors (Alan Rice is the Senior Pastor) of Crossfire, an admittedly unorthodox United Methodist Church. Their sanctuary is in Cooler #1 of a 17,000 square-foot former refrigerated trucking terminal, their choir is a kick-ass hard rock band, and their collection basket is called “Loot the Boot” –but if their mission isn’t pure love in action, I don’t know what is.

Duncan and Bubba were called to the ministry after admittedly colorful pasts, and they have thrown their hearts and their Harleys into the work. With Heifer’s help, they’ve created The Giving Table, a hub for a regional food system whose mission is to bring jobs, better nutrition and income to Wilkes County. 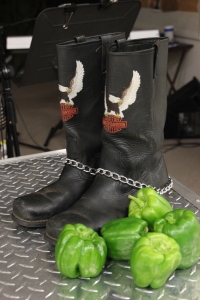 Bubba, who worked in Crossfire’s terminal/tabernacle for 8 years and knows every nook and cranny in the massive place, is planning to use every square foot of refrigerated space to distribute grass-fed, hormone-free beef to a burgeoning market, plus they’ve already started a food pantry that feeds 50 needy families a week, partnered with Wilkes County to get a $358,000 grant to build a greenhouse that is supplying thousands of seedlings to local gardeners, and started their own one-acre vegetable garden that is donating oodles of fresh produce to those in need.

And there are a lot of needy people in Wilkes County. Fully 25% of Crossfire’s own congregation is unemployed, and the county is one of the poorest and most food insecure in the state. But on the up side, Wilkes is fourth of North Carolina’s 100 counties in beef production. So Smith is working with Heifer’s Jeffrey Scott to make that a viable enterprise: buying finished steers from local farmers, partnering with a local slaughterhouse (more jobs!), distributing the meat to stores and restaurants, and donating 10% of all that beef to the Second Harvest food pantry. Which is really a good thing, as nationally food pantry demand has gone up by about 50% while government support has decreased by about 66%. 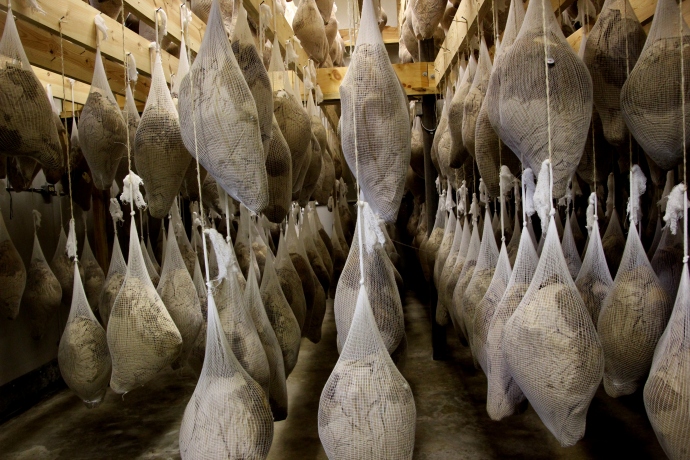 Until they get started with beef, sugar & salt hams are curing in Crossfire’s warehouse.

Meanwhile, out back Duncan is overseeing Crossfire’s big, beautiful God’s Garden in Community with a passel of volunteers who show up every day to stake, tend, harvest & weed. When I ask Duncan if he’s always been a gardener, he looks at me like I’m a bit loco and says,  “No, I’ve always been a biker. But the Lord showed me to it.” I ask how the Lord showed him and he replies, “In Genesis, Adam and Eve were told ‘In the sweat of thy face shalt thou eat bread’ … so I figured I needed to learn how to grow things. And look how awesome God is!”

Duncan gestures exuberantly  at his abundant garden and I totally concur: it is pretty darn awesome. 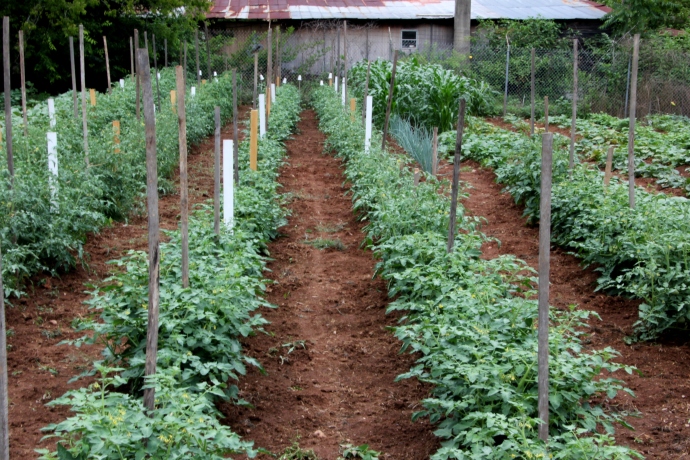 Pastors Bubba and Duncan still have a long road to hoe before they get their meat processing venture off the ground; it’s a complicated enterprise with lots of moving parts and hurdles to overcome. But they have Heifer’s support, they are stepping out in faith, and they’re not afraid of much– maybe because they’ve seen a lot of bad road.

As Duncan philosophically puts it “As bikers, we’ve always been a brotherhood, always worked hard, always lent a helping hand, and always had each other’s backs. So I figure we’ve been doing God’s work all along.” 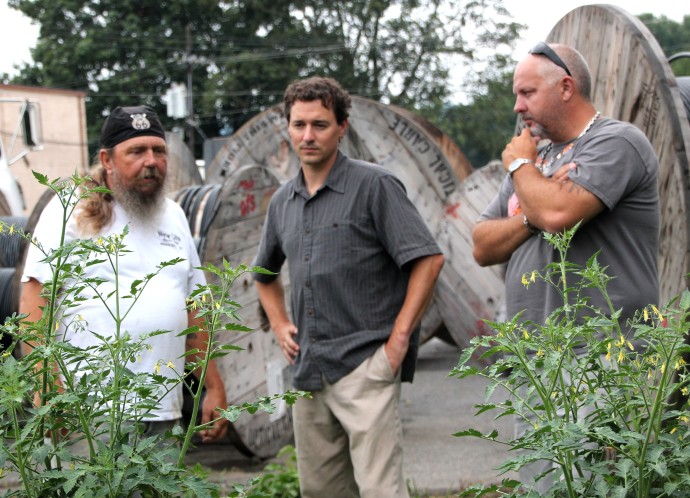 Do I hear an amen?