Posted on February 6, 2012 by Betty Londergan 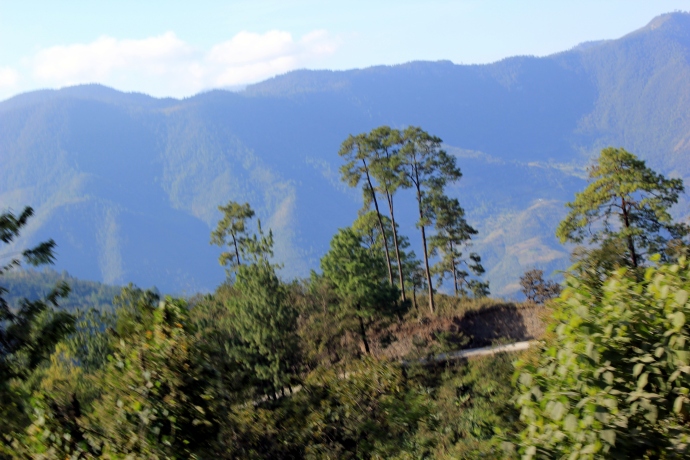 Yeah, that's the road down there.

The day we left the cloud forests of Alta Verapaz, Guatemala, Vivian and Byron, our Heifer hosts, drove us five hours to the veritable border of Mexico and the dry, dusty town of Ixcan. To describe the road to Ixcan as “bad” is to sugarcoat it, but since the scenery was beautiful and we were listening to Bebel Gilberto on Vivian’s i-pod, I figured my kidneys would eventually recover from the pummeling. Besides, I was psyched to be heading to site of the esteemed Golden Talent awards.

Ixcan’s own Jose Salvatore Toc had been chosen as the most visionary beneficiary of Heifer International‘s projects in the country– and the minute I saw him walk into the room the next morning, I could see why. 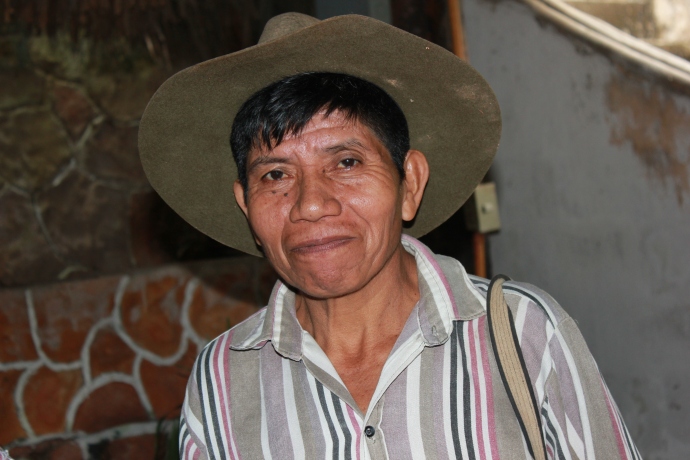 Salvatore is charismatic and clearly a leader. Not only does he wear a hat exceedingly well, his gentle manner and kind eyes belie a ferociously strong will. At 62, he has 12 children, 18 grandchildren and has spent years trying to bring greater productivity to the exhausted piece of land he bought in 1990– and share that knowledge with other farmers. Year after year, he had planted corn, used chemical fertilizers, planted beans, and tried everything he could think of to make his land more fertile. Then he heard about the guama tree from Honduras, a fast-growing brushy tree that the people at EcoLogic, Heifer’s partner since 2010, were touting as a promising way to save forests, farm without chemicals, and produce more corn. Salvatore was hooked. 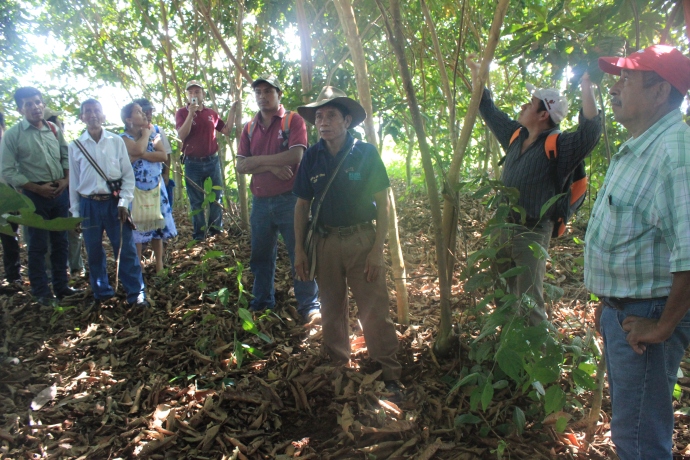 In the shade of the guama

In 2008, Salvatore received guama seeds from EcoLogic and planted the feisty trees right in the middle of his cornfield. His neighbors thought he was crazy, planting trees where corn should be. His wife Marta feared he was in for another big disappointment. But in just two years, the trees ‘ branches were ready to be cut (giving Salvatore valuable firewood), and the trees’ heavy leaves had dropped, providing 20 cm. of thick mulchy insulation that not only prevented weeds from growing, it also held water in Ixcan’s dry soil. And most important, Salvatore’s corn crop — growing unconventionally under a scrim of trees– was 40% more abundant, producing 3 ears per stalk instead of one or two. 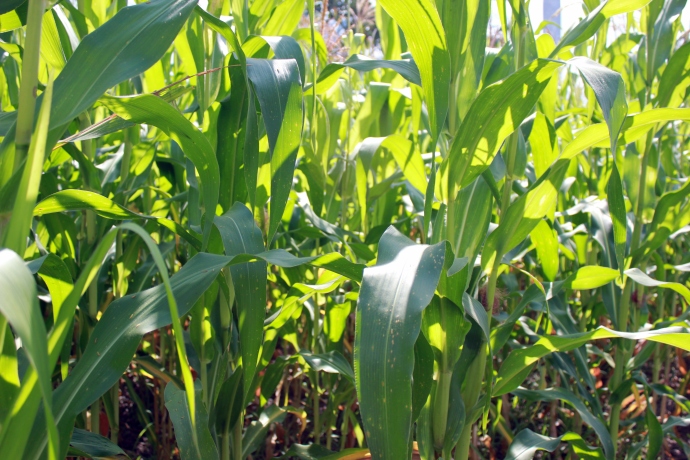 Salvatore was so eager to share the news (and plentiful guama seed pods) with his fellow farmers, he cut a 1/4 mile path from the road to his field to encourage everyone to come see the results of his shade-grown maize. 385 farmers are now a part of the project, a nursery of 5,000 guama plants has been established, and 8 other communities are implementing this promising new method.  Salvatore is a tireless advocate for adopting new agroforestry techniques like the guama tree that lessen dependence on expensive chemicals and destroying forests– as well as any other farming advance that will allow him “not to have to work so hard.” 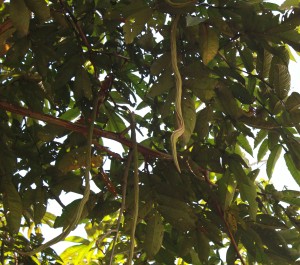 Despite his Golden Talent monetary award, that doesn’t seem likely to happen anytime soon. Salvatore still works three jobs: as a woodworker, a night security guard, and farming his fields, a 45-minute walk from town. And let’s not even talk about the work that his wife Marta does, keeping house for the 4 children remaining at home. Salvatore and his wife Marta have been married for 40 years, and since he was 20 and she 14, they have never spent a night apart (kind of like me and my husband – ha!). They say the hardest thing hasn’t been feeding their brood, it’s the expense of sending them to school. But somehow, despite lung and foot problems, Marta and Salvatore have educated each child – and somehow, she still lights up whenever Salvatore smiles at her. 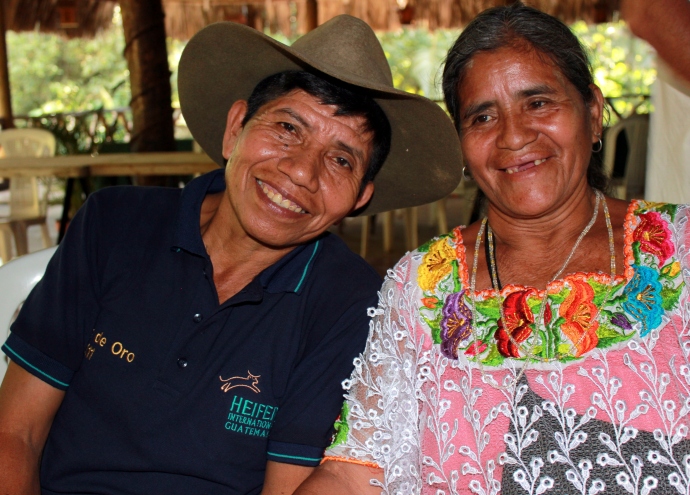 For 18 years, EcoLogic has been asking rural communities what they want and need in development projects, and supporting leaders like Salvatore who are so committed to improving life for themselves and others, they “treat their land like their own children.” Now, in partnership with Heifer, they’re helping Guatemalan communities work towards less deforestation, cleaner water, healthier soil, a better harvest… and a better life for beautiful, hard-working families.

To me, that’s solid gold.