The paradox of Haiti. 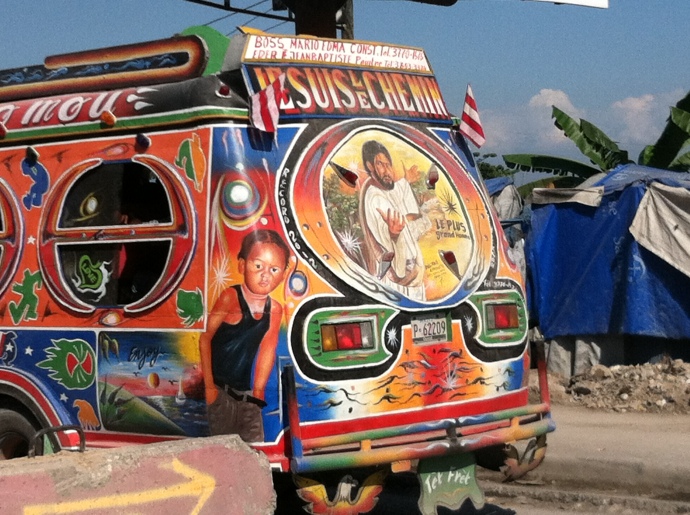 To be honest, I was a little nervous about going to Haiti, Month #2 in my 12-trips-in-12-months visiting Heifer International sites.  Not because I was scared something bad might happen to me, but because I was afraid I wouldn’t find anything good to say about the country.

Well, like most worrying, that was a waste of brain space. 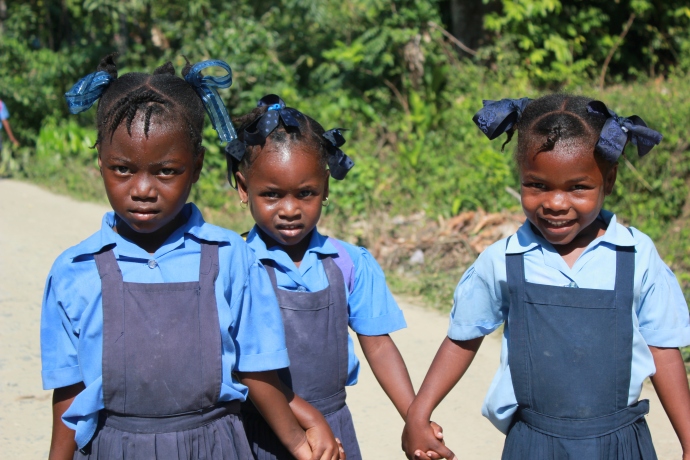 3 big things to like about Haiti... girls going to school!

Despite Haiti’s mind-boggling set of challenges and truly appalling lack of infrastructure–which was the case even before the earthquake of January 12, 2010– the country is beautiful (really!) the people are irresistibly gregarious, gorgeous and dignified, and there’s more life packed in one square mile of this country than in some entire states of the USA (you know who you are). 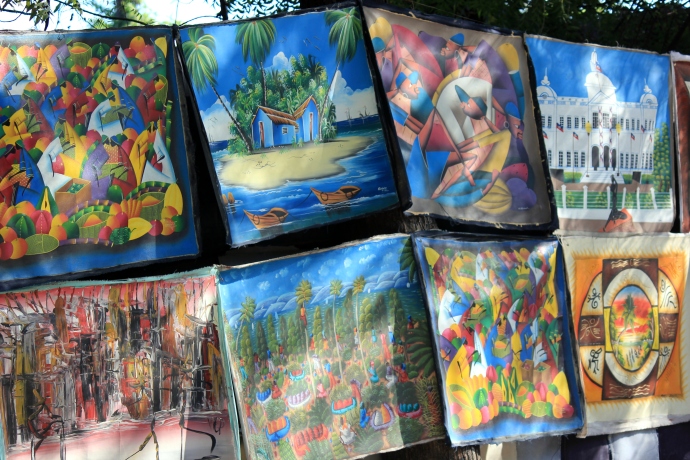 Art in the wind in Port au Prince

Plus, the projects Heifer is undertaking in Haiti are amazing and on a scale that the organization has never undertaken before…which I seriously can’t wait to tell you about.

But I’m not going to be too Pollyanna here. Some of the things I saw here made me ashamed to witness them. 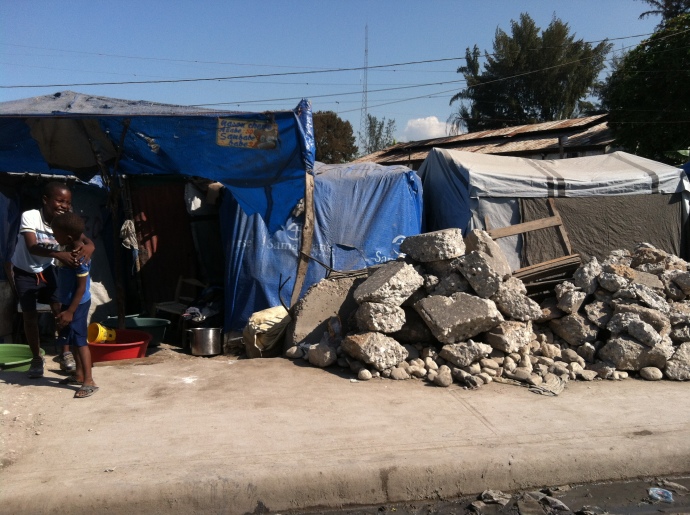 When I was taking a photo of a huge pile of trash randomly on fire by the side of a garbage-choked watery culvert running through one of PAP’s more notorious slums, a Haitian man sternly shook his head, as if to rebuke me for trying to capture the utter desolation of that scene. I didn’t take the photo – but the odd thing was, what I really wanted to show was that walking right beside the blazing garbage, beautiful women in clean, ironed dresses passed men in dress shirts and neat trousers– all going to work, going to market, carrying on. 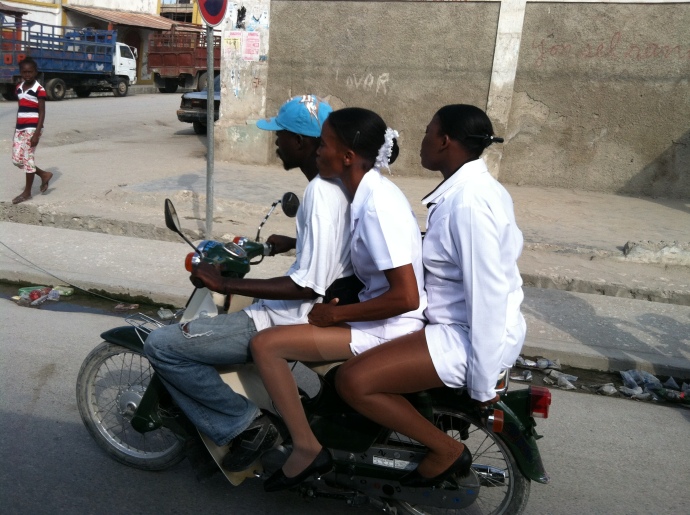 That refusal to bow to the indignity of living in conditions that should be crippling is incredibly inspiring. The tap-taps of Haiti alone stole my heart, with names like “Patience” “Eternal Capable” and the slightly unnerving “Blood of Jesus.”

Tiny children toting big gallons of water up steep hillsides stop to smile and wave. In villages where people scarcely have enough to eat, you’ll hear songs of praise wafting up from an unseen church. And everywhere – everywhere! – people are working incessantly to improve themselves and their country—which makes you want to do anything you can to empower them to write a better script for their future. 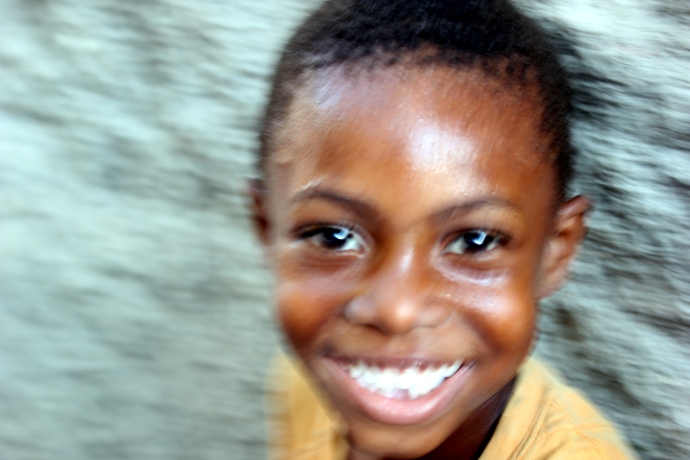 Unfortunately, “doing anything you can” is not a prescriptive or particularly helpful instinct in Haiti. Or as Paul Farmer of Partners in Health put it succinctly, “Doing good is never simple.” While over 50% of American households –and the rest of the world–donated $1.2 billion to relief organizations after the earthquake, 2 years later debris still clogs the streets of PAP, tent cities of unimaginable squalor still house more than 250,000 homeless (but it was 1.5 million 12 months ago!), and the unemployment rate is well over 50%. 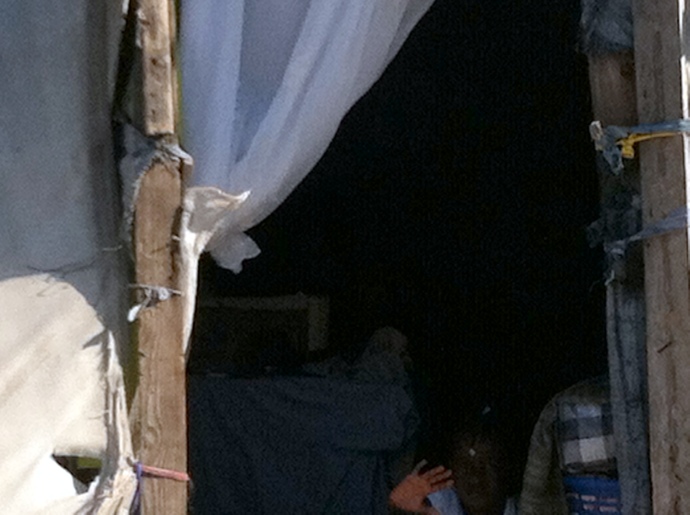 What Haiti needs now are a decent infrastructure, functioning government, income-generating jobs, and the ability to feed itself (like it was starting to do 20 years ago, before a flood of cheap American imports crushed the life out of Haiti’s smallholder farmers). 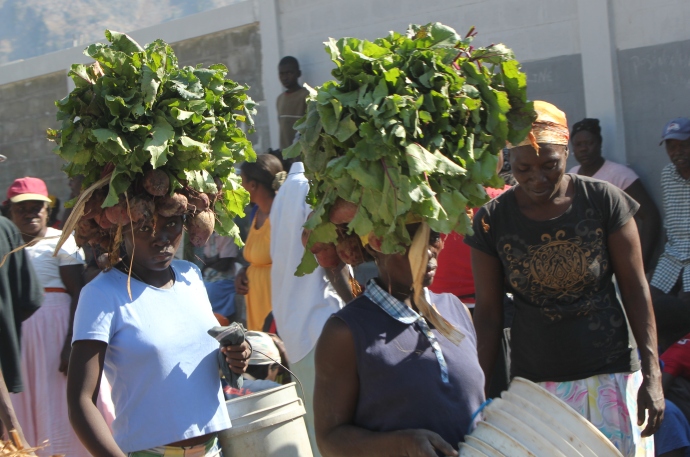 Heifer’s powerful new projects in Haiti are all about addressing the last two imperatives of jobs & agriculture with integrity and vision.  But… I have to write about that tomorrow. 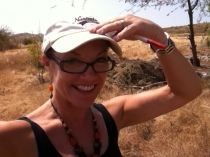 Today, after 7 straight days of bone-crushing rides smushed in the back of a Land Cruiser, I’m taking the afternoon off– although that is a relative term, as we still have 5 hours to Cap Haitien and somehow the resolutely cheerful Ewaldy has convinced me we should take the bad back road so I can see more of the “bon paysage.”