There are many places on the planet where climate change is being debated. Barza Village in the Far North of Cameroon isn’t one of them. 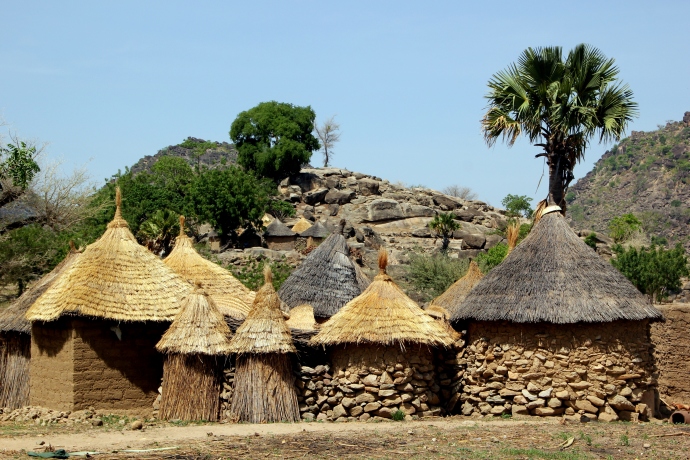 The beautiful houses of thirsty Barza.

This area in the Sahel area of Africa (the transitional swath of land between the Sahara desert to the north and savanna to the south) has always been hot and dry, with 7 months of scorching heat that often reaches 113 degrees. But in the past 22 years, things have gotten far, far worse for the farmers of L’Extreme Nord.

The grannies remember when rainfall was dependable and water accessible.

Rainfall has decreased from 900 mm to about 400 mm a year. Nearby Lake Chad had a surface area of 25,000 square kilometers in 1970; today its surface area is 2,000 square kilometers. (How did I not know this??) And for the people here in Barza, water has gone from being something that is a challenge to obtain — to something that consumes their entire day, as the people walk back and forth repeatedly to the only source of water, a river 10 kilometers away. 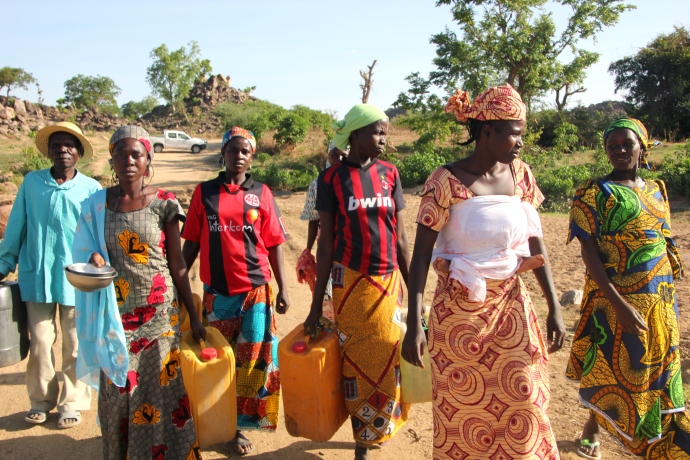 In 2003, Papa Maliki, Barza’s village chief, in desperation started a GIC community group, with the intention of asking for help in ensuring the education of the town’s children and reducing poverty and malnutrition.

But it all starts with water.In 2006, Heifer began to offer assistance with sheep and donkeys (that can carry water) and in 2011, in conjunction with Bethlehem Foundation and the GIC community group, Heifer dug a borehole that would provide clean, potable water to the town — for which the people are indescribably grateful.

The daily queue for precious water at the borehole.

The hole is 55 meters deep, but working 16.5 hours a day it’s already pushing capacity, and every day at noon it must be given 90 minutes to rest and refill. Barza’s borehole is managed by Tabitha Koffa, president of the GIC, and with the water committee, she’s established a system of distribution based on the town quadrants, and a maintenance fund to which everyone contributes in the event the borehole needs repair: $4/year for a family; $2/year for a single person. 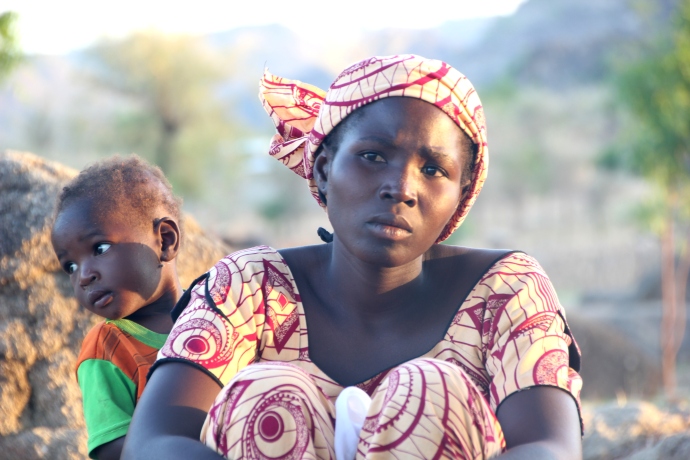 Borehole President Tabitha Koffa, with a lot on her mind.

Each of Barza’s 200 families may take (2) 20-liter jugs every other day of the fresh, clean water from the borehole –but it still takes about 150-200 liters of water a day to provide drinking, cooking, washing and animals’ water in these large households. So the women (and men, since Heifer’s gender trainings taught that water collection is not just women’s work) must still walk 5 miles each way to carry questionably safe river water back to their homes.

When I saw the process and drove (not walked) the route, I got enraged. Many philanthropic organizations like charity:water and Dig Deep have called water a basic human right – and when you consider the complete, utter, appalling waste of human capital as people haul water on their heads five miles to home … it makes you wonder what our priorities are. Yes, it’s a government’s job to build the infrastructure that provides water to people’s homes, but it’s a moral crime, in my estimation, for us to allow anyone on this planet to live without water.

Politicians can argue all they want about climate change, but the fact remains that we’ve caused the vast majority of it (Americans use 25% of the world’s energy & cause far more of the carbon emissions that are driving up temperatures and wreaking havoc on weather patterns) and poor people in the Sahel are picking up the tab. 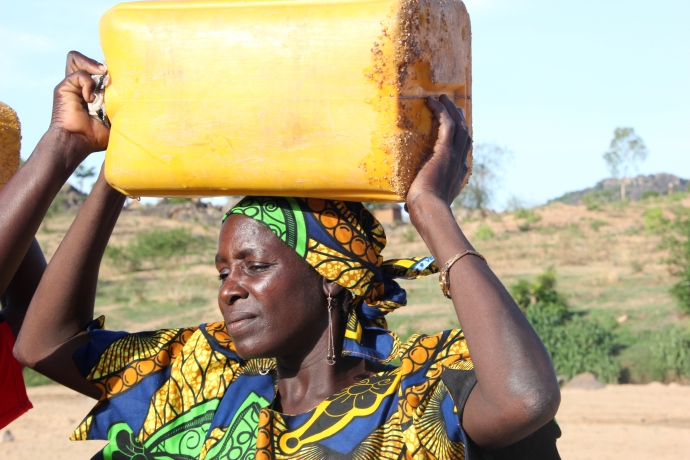 Or should I say picking up the 20-liter bottles of unclean water, putting them on their heads, shifting their babies on their back – and walking slowly home.