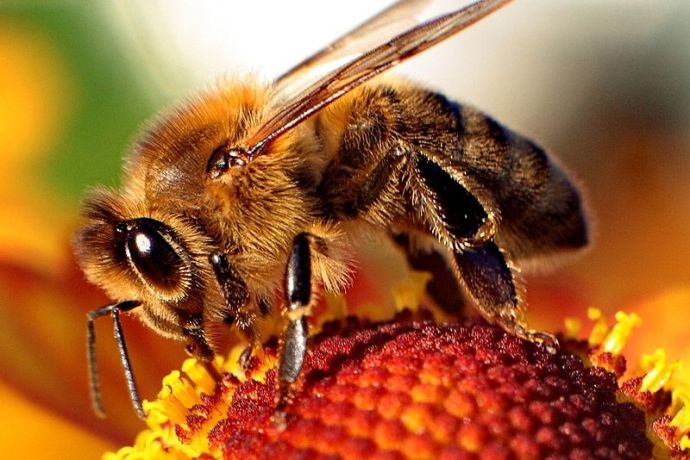 If I were a (queen) bee, I can tell you where I’d be hiving out: in the lush, green highlands around Vrancioaia, Romania. 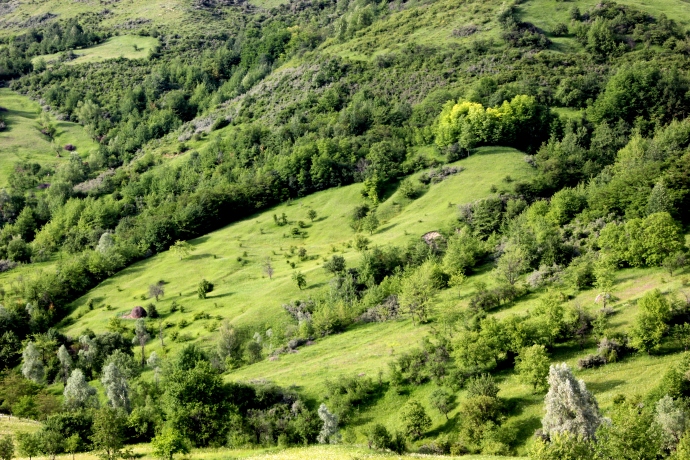 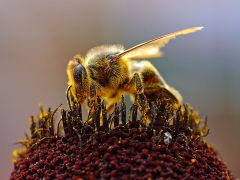 First of all, the place is packed with orchards of apples, plums, pears, huckleberries and wild cherries, flowers, acacia trees, and … yeah, pollen. Second, the people here know how to work with bees since there is a long rural tradition of beekeeping. And finally, since Heifer International has started a Sheep Bees & Trees Project to help support struggling farmers in the area, there’d be a million other bees around to adore me.

I love bees. Of all the animals that Heifer gives away, I’m probably most intrigued by these creatures, because they have the most complex social behavior of almost any species on earth (except the species that deep-fries Snickers, holds beauty pageants, and develops hedge funds). 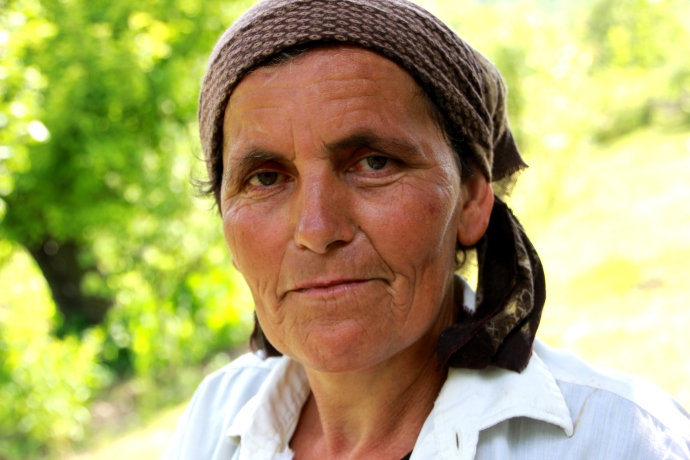 So when we got the opportunity to visit bee charmer Claudia Vatra in Vrancioaia (see map), I was totally jazzed. Claudia started her hives with some intense training and 1,000 bees from Heifer, (supplemented by Google notes from her university-going daughters), and she now has 5 hives but is aiming to cultivate 30. 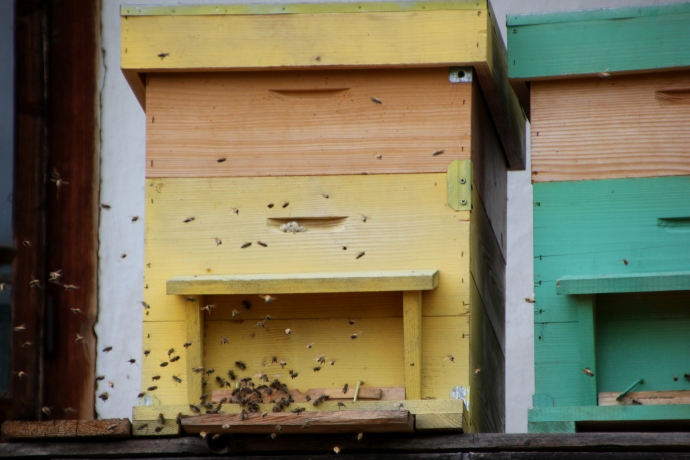 Each hive produces 15-25 liters of honey a year, depending on the weather (bees don’t like it too rainy, as it washes away all the good pollen), and she sells her honey locally for about $5 a liter. According to Claudia, once you’ve established the hive, it doesn’t take more than a few hours a day to check on the baby bees, smoke the hive to kill viruses if the bees are getting sick, and put in supplements to help the bees grow. 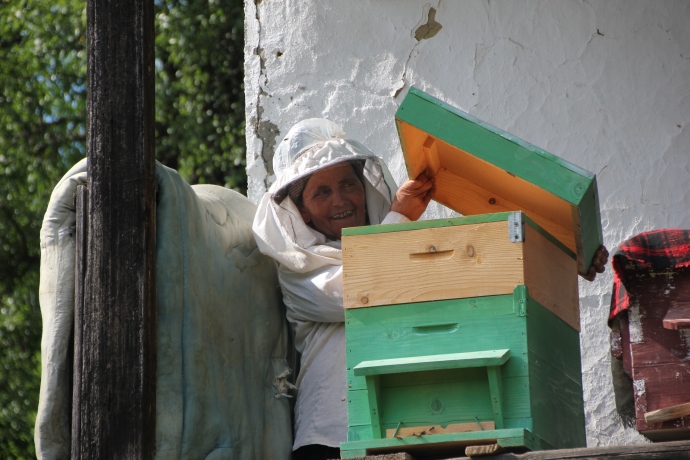 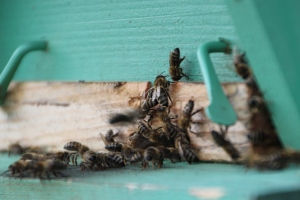 Apparently, the hive consists of 7 classifications of bees but generally they break down to queens, who produce eggs (2,000 a day, every spring) after having orgiastic sex with a passel of drones… drones who are males without stingers and who die after mating… and worker bees who are non-reproducing females that live a few short weeks and do all the real work.

“For the first 10 days of their lives, the female worker bees clean the hive and feed the larvae. After this, they begin building comb cells. On days 16 through 20, a worker receives nectar and pollen from older workers and stores it. After the 20th day, a worker leaves the hive and spends the remainder of its life as a forager. The population of a healthy hive in mid-summer can average between 40,000 and 80,000 bees who go find the nectar, come back and dance vigorously to tell the other workers where the nectar is, collect the nectar and chew it up with an enzyme, then place the resulting honey in the comb.” (Wikipedia) 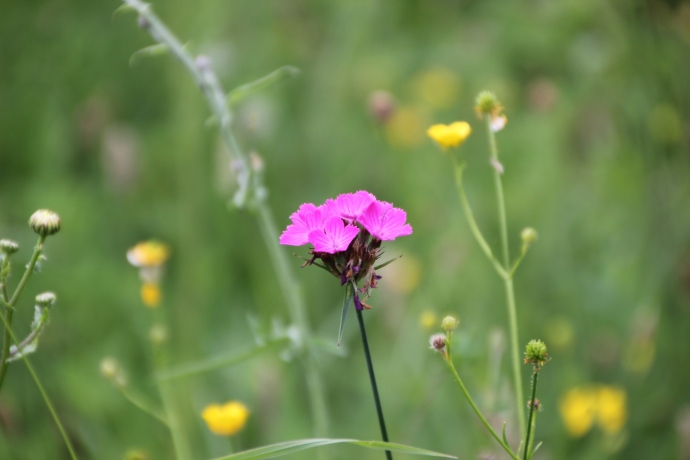 Although there is only one queen per hive, new virgin queens develop in comb cells as a backup replacement, but Claudia told me the queen stings all her daughters to death before they can become a threat. Then when she gets too old, the whole hive stings her to death and crowns a new queen. Wow, makes Wall Street look like Mayberry! 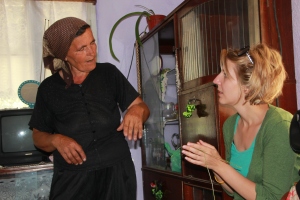 I was actually afraid to get too close to the hives and all that mother/daughter conflict, so Heifer’s trusty Laura Manciu crept in and took the close-ups. Claudia then took us inside her real house, treated us to some cherry bounce (I suspect alcohol is what gives it its bounce), and insisted we take home some of her gorgeous Romanian honey. No problemmo!

Claudia has already trained and passed along three hives full of bees to her neighbors, plans to learn how to harvest the lucrative bee pollen, and is collecting the beeswax for candles. At the age of 52, she is a font of energy and full of plans for her bees: exactly the outcome Heifer desired, since beekeeping is perfect for older farmers who can’t keep up with the physical demands of regular farming (although Claudia and Ion are still doing that as well). 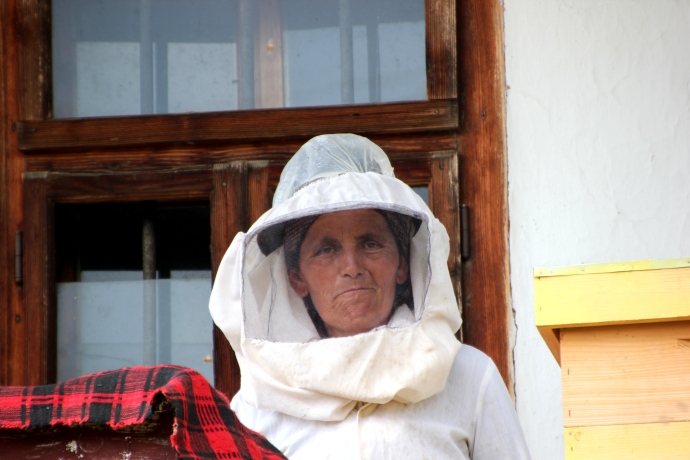 And luckily, Vrancioaia will continue to be a sweet spot for honey-making. Heifer has donated 162,000 acacia trees (acacia honey is the gold standard) to 800 families for reforestation to mitigate the loss of moisture, soil erosion, and provide land stability in this earthquake-prone region. With all the Passing on the Gift requirements, this Sheep Bees & Trees Project will ultimately benefit 1,872 families in this poor rural area. 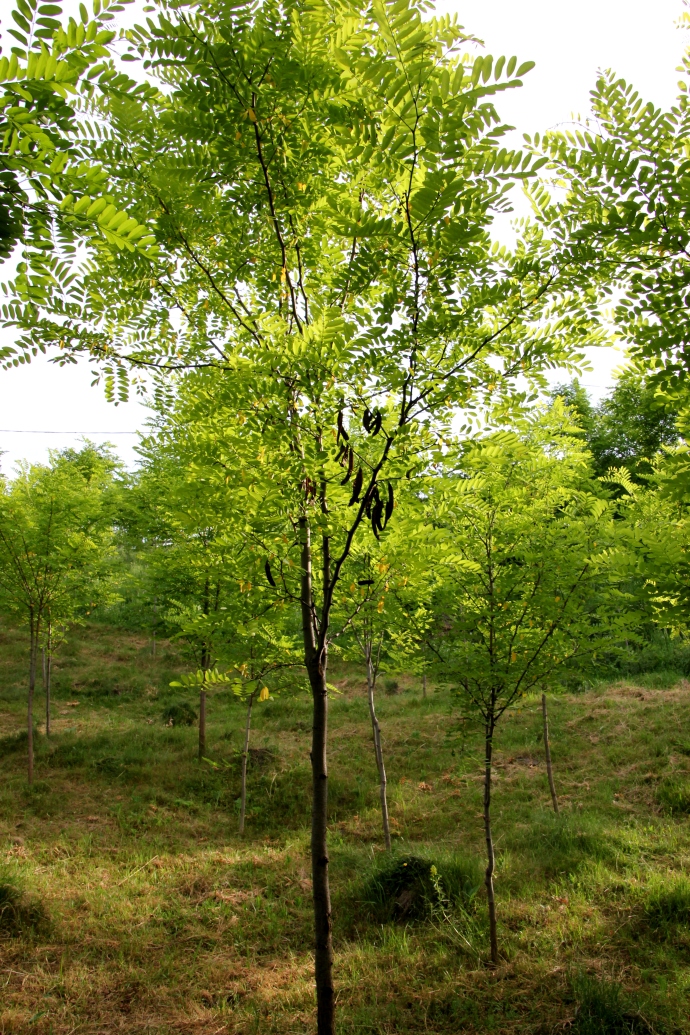 162,000 of these babies were planted on land donated by the local administration.

Having been unnerved by stories about bee colony-collapse and pollinators under peril, I was wildly happy to see this beekeeping project and be able to report back to all my Heifer friends who have bought bees! I’ve also safely hidden my private  stash of Claudia honey from my husband and children – so I don’t have to sting them to death. 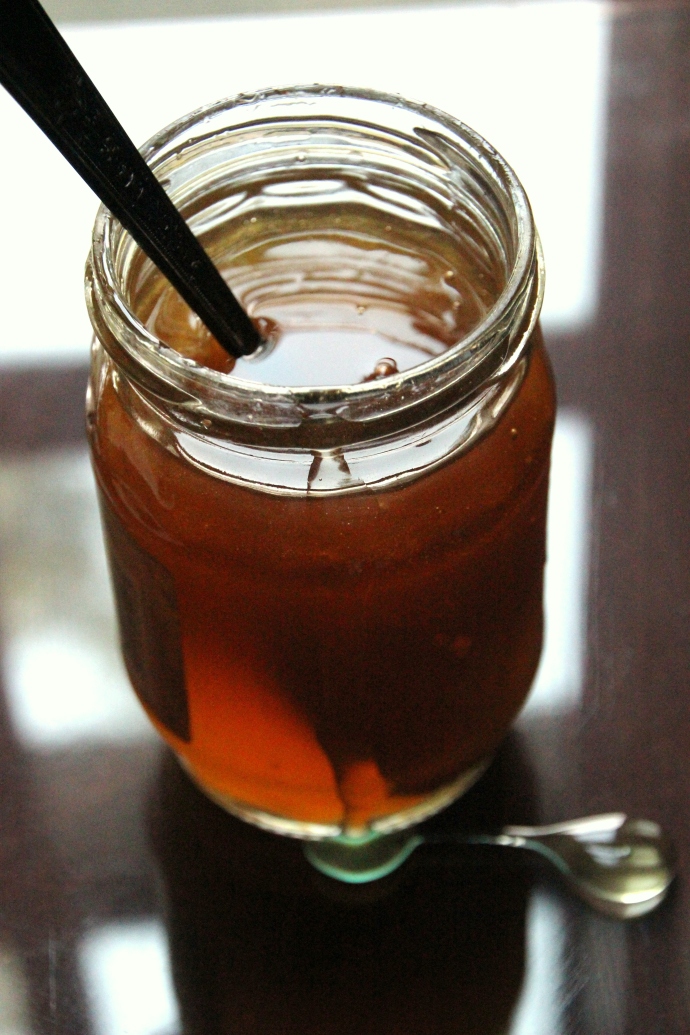 Claudia’s (and her bees’) glorious honey.