Posted on September 3, 2012 by Betty Londergan 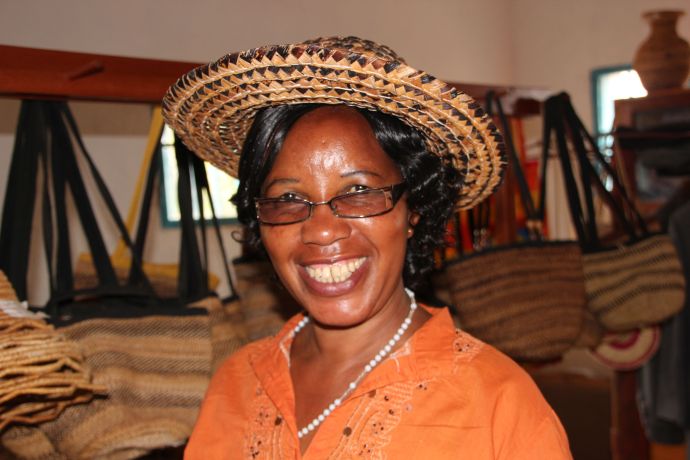 18 ½ years ago, Constance Bangire was working as a primary school teacher in the town of Masoro, east of Kigali, teaching second grade. She and her husband, who worked as an executive in a nearby mining company, had two young daughters and a baby son at home and two sons, aged 14 and 16, in secondary school. And then the genocide happened.

In those 100 days of horror, Constance’s husband and two sons were murdered. Her house was burned to the ground. And she and 24 genocide survivors took refuge in the school where she’d taught children to do their letters and color happy pictures. 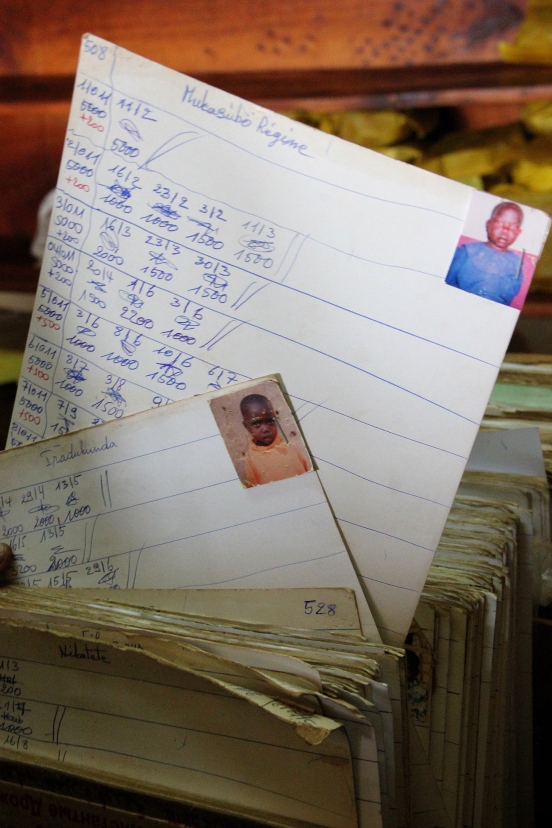 The orphans’ records in the boulangerie.

I’m not sure what I would have done under those circumstances (my mind won’t even go there), but I’m fairly certain I wouldn’t have done what Constance did. Once the school reopened, she and 7 other women survivors decided to share their teaching salaries with other widows and orphans of the genocide, who literally had nothing to sustain themselves or their families—no homes, no livestock, no food. 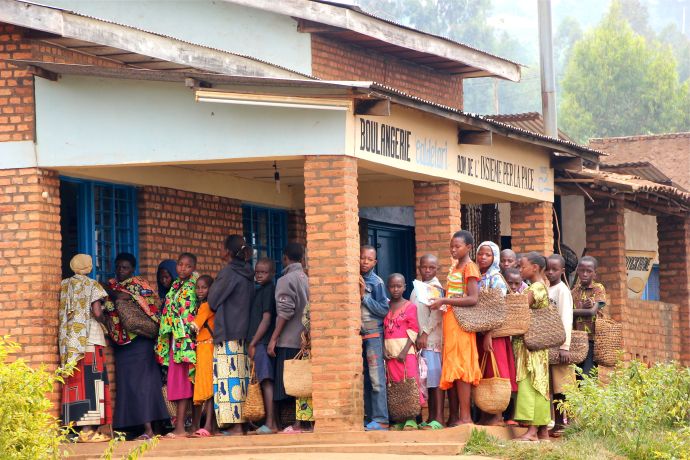 Orphans waiting for bread outside the boulangerie in Masoro.

Each woman contributed $30/month to that fund and Constance came up with the idea of getting local women to make tablecloths and dresses they could sell. Then she went to the Minister of the Family and asked for goats and sheep to replace the slaughtered livestock, and she started writing proposals to international donor organizations, hoping they might support her efforts. 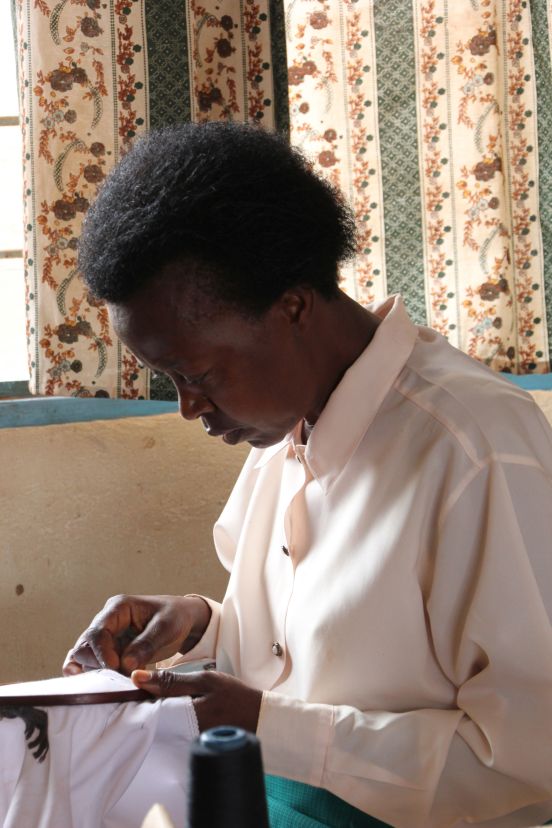 In 1995, the Swiss-Italian NGO Insieme Per La Pace stepped in to help and L’Association Dushyigikirane was born. In its first 4 years, Constance focused on helping genocide survivors, but then she said she started feeling bad about only helping people from her tribe. “I received some trainings, I went to my Catholic church, I prayed a lot, and I learned to forgive.” 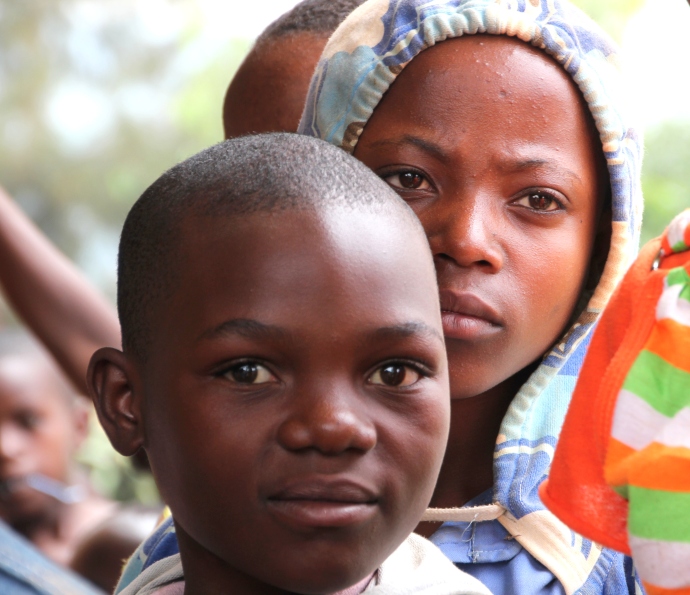 “Everyone was having problems, not just the survivors. All the animals had been killed, our bananas were taken, our land and crops were gone, and our husbands were either dead or in prison.”

“Before the genocide, Hutus and Tutsis were always together. But afterwards, people feared each other and were scared to be together. So I just brought them in the same room to work.” 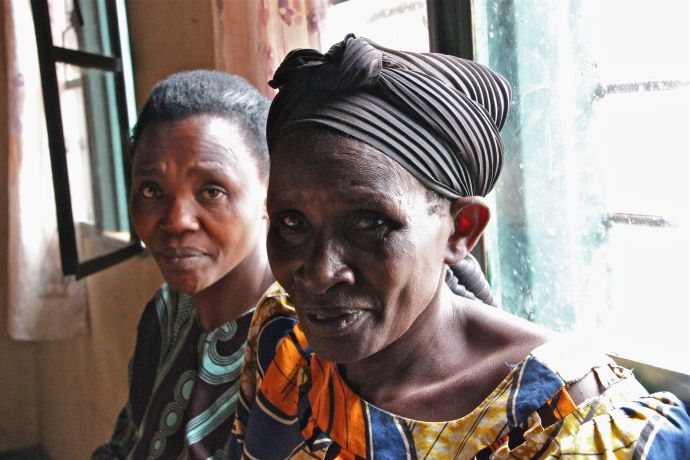 Today, Constance’s organization employs almost 100 people (mostly women) and has built most of the town’s center. 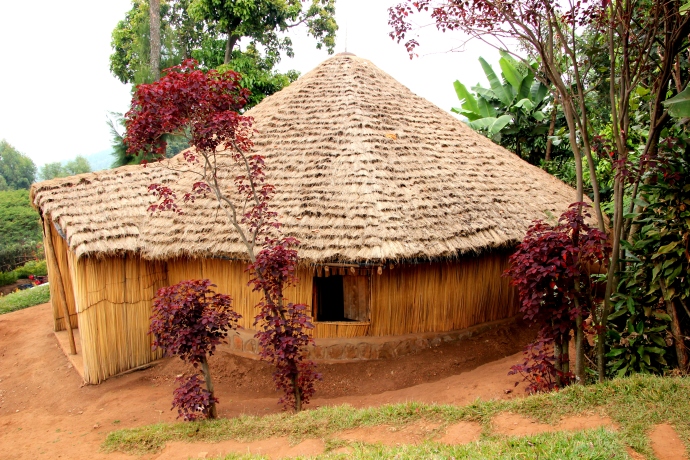 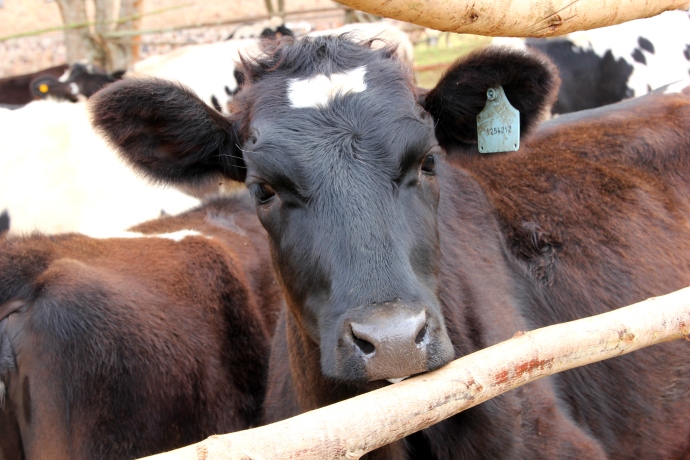 Once Constance heard in 2004 that Heifer might give her neighbors cows, she was on it. Because her local organization was so strong, L’Association Dushyigikirane received 32 cows over the past few years, and will be getting 36 additional pregnant heifers before the end of the year. 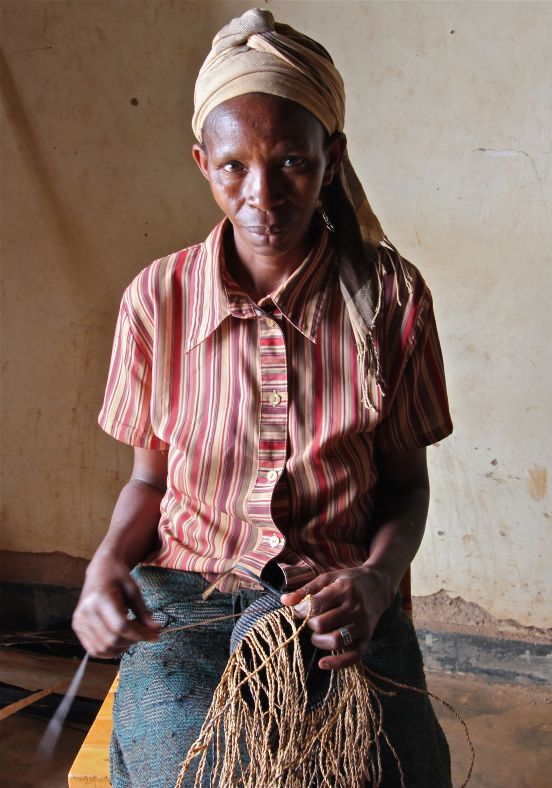 Agnes Akayezu has been working with Constance’s handicrafts organization for 10 years.

A Heifer-paid vet works with the village, as does an animal health care worker, to keep the animals healthy and producing milk. Constance is a big fan of Heifer but thinks her village should be getting a lot more animals. I’d be the last one to disagree. 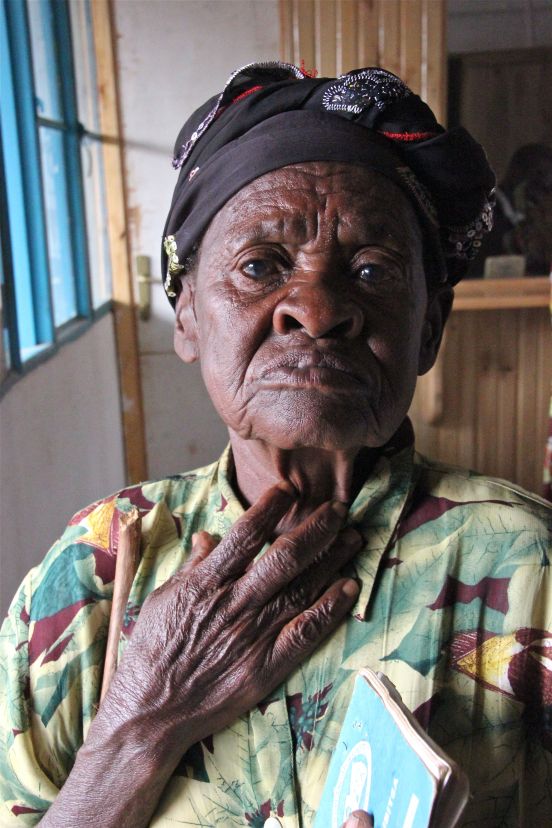 Gabrielle Mjyonjyoh, one of Constance’s first village bank customers, with her savings passbook.

“I’m the Mother to everyone in Masoro,” Constance says matter-of-factly. “I try to see those who are in need and do something about it.”