One woman’s nightmare is another man’s dinner. 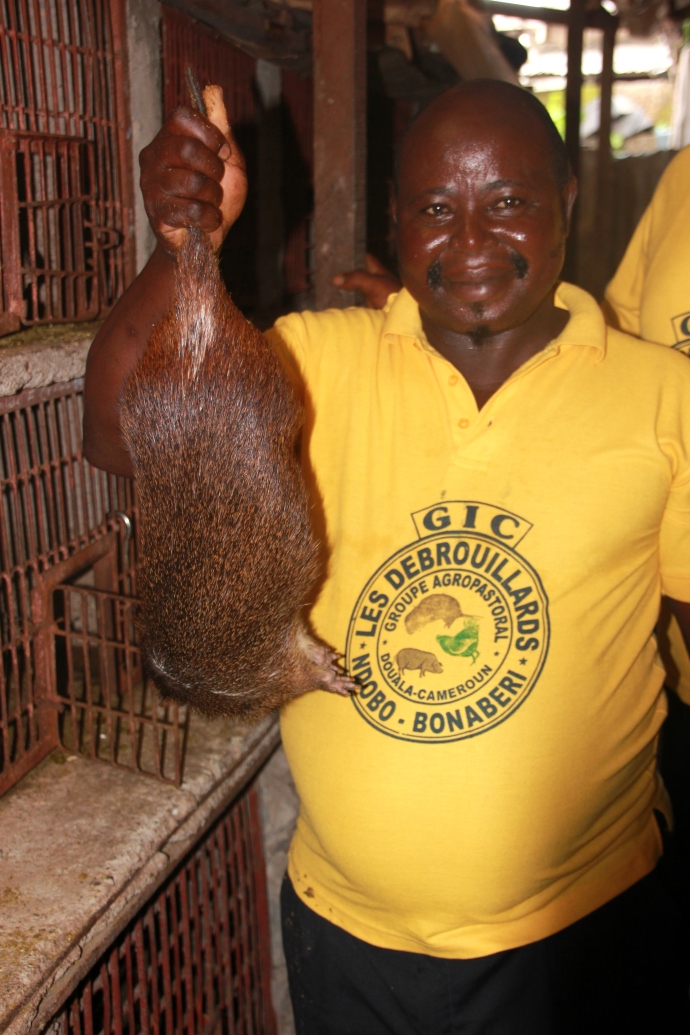 For your sake and mine, this is going to be a really short post about a really big thing. And that thing is a Cane Rat.

I’m not afraid of much, but I am jump-on-the-table terrified of mice and their unspeakable older cousin, the R-word. Nevertheless, when I heard that Heifer had a project in Ndobo village, outside Douala, empowering poor communities there to raise, breed and eat Cane Rats—a delicacy greatly savored by Cameroonians– I knew I had to go, no matter what the psychic damage.

Not photo-shopped, I was really there!

And go I did. I met with the sweet folks making up the project group GIC Debrouillards (“Overcoming Group”) in the middle of a very poor, boisterous neighborhood. The members have a communal farm 3 km. from town where they grow cassava, corn and vegetables, but their real strength is the 64 rats they received from Heifer, which have now multiplied to (god forbid) hundreds of 30-pound meatballs that they have sold for $30-$50 apiece…or eaten.

Okay, the photos suck but that’s because I couldn’t bring myself to look through the lens…

Heifer helped the farmers build the giant $110 steel cages that are about the size of a big Ikea bookshelf and can fit in the back of a house. The folks were also schooled in raising cotton grass and given seeds to grow feed; and given animal husbandry techniques to keep the rats healthy and strong (I didn’t think you had to encourage that). 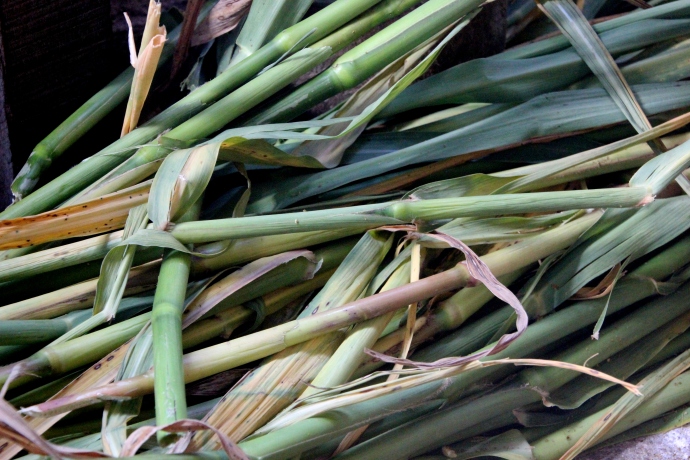 The rats can get pregnant when 8 months old, will have a 5-month gestation period, then give birth to 4-8 babies.  Those little cuties (not) weigh 300 grams at birth but in one to two years, they’ll weigh 6-8 kilograms and can be sold for a bundle on any street corner, particularly during the holidays when people treat themselves to a nice big rat.

Sweet family man is sending his girls to school with money from his rats.

No, I did NOT taste Cane Rat roasted, grilled, fried or boiled in stew– but I can’t help but love what these critters have done for the Struggling Group. One man uses his rats to pay for his grandkids to go to the hospital when they get malaria (and everybody gets malaria). One man is using his to pay off his $1,000 hospital bill for cancer treatment. Another is sending his 9 children to secondary school– three of whom he adopted when their parents died. 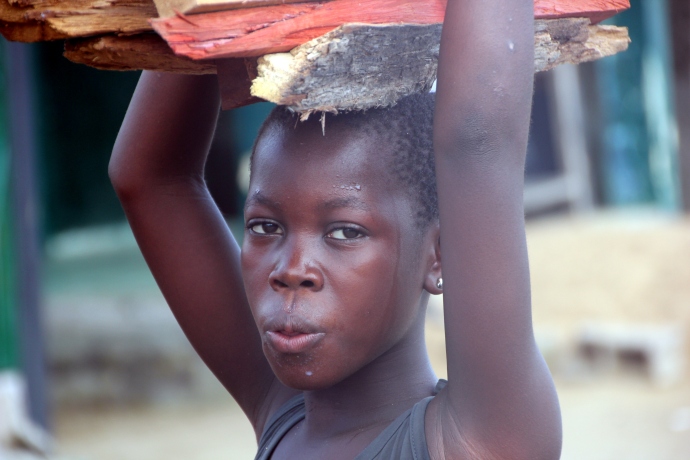 So if this program can get good food in people’s bellies, I will give a rat’s ass

45 thoughts on “One woman’s nightmare is another man’s dinner.”