Posted on February 3, 2012 by Betty Londergan 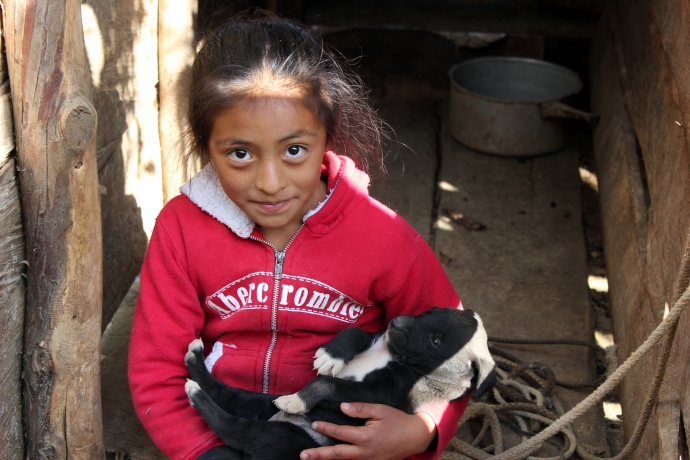 In my first trips for Heifer International to Uganda and Guatemala, I’ve learned two important things.  The first is how to say, gratefully and gracefully, “Thanks so much but I don’t eat goat/sheep/bunny…” realizing that your hosts have sacrificed to serve you their very best food and you’re probably a jerk for not eating it. 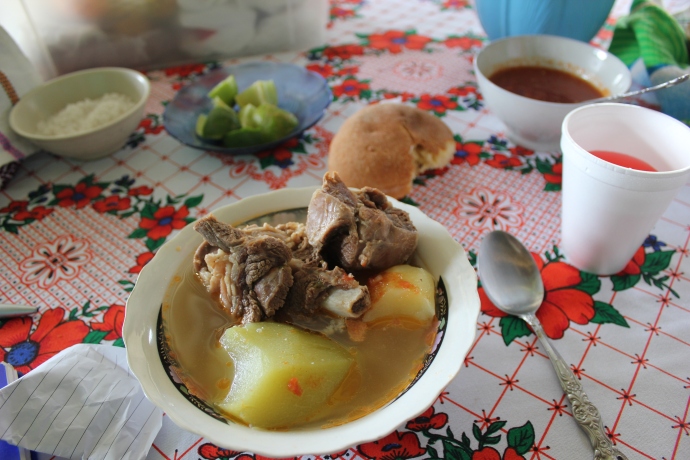 Sheep soup (I ate everything but the sheep)!

The second thing I’ve come to realize is that, as a global community, we really need to keep girls in school.

In the typical indigenous villages we visited in the Western Highlands of Guatemala served by Heifer International and its partner Community Cloud Forest Conservation, the average age when girls marry is about 16. When girls get married so young, they stop going to school. They have more children and are less likely and able to send those kids to school. And their chances of lifting themselves and their families out of poverty sharply diminish.

Clearly, keeping girls in school is one of the first steps to ending poverty. But how do you change a system that’s culturally entrenched and socially unchallenged? Well, you can start by following the example of Heifer & its partner CCFC and develop a system that virtually pays girls to stay in school. By identifying and supporting girl leaders who show a passion for learning and a willingness to challenge the status quo (and bringing their parents into the room, so they can witness the benefits of educating girls and become community advocates), you can really start to shake things up.

Elvira and Patricia are two shining examples of what can happen when you empower girls –even in a tiny Guatemalan village off the grid. Twelve young women made up the original Community Cloud Forest Conservation group (there are now 75 girls in the group.. and boys, too!) They spend 5 weeks after the school year ends, learning about environmental protection, life skills, fruit tree grafting, bird watching, and deforestation. In return, they are given a scholarship that helps them pay for their next year of school – with the understanding that they will teach others what they have learned and do community service projects. 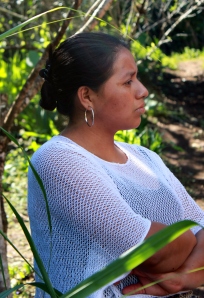 Quite frankly, I can’t think of two girls more worthy of investment. Elvira worked for seven years raising chickens to earn money to pay her own school fees, then went back to the 7th grade at the age of 19. Now 24,  she wants to become a teacher to lead other girls.  “As young women here, we need to learn what our parents didn’t know,” she says. “So our whole community can come back to life and our lives will be better tomorrow and the next day.” 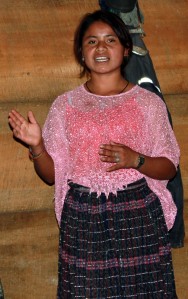 Patricia, who is 17, has become an outspoken advocate for preserving the cloud forest. “When you are aware that our water comes from the forest—that the trees grab the clouds and give us rain – you know that we have to work together now to save it before it’s gone.” 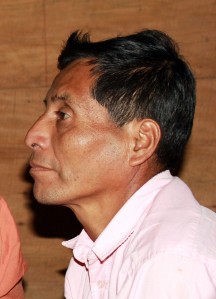 As Elvira was talking, I was watching her father in the group – the man who had forced her to drop out of school. I was half-thinking that maybe there would be some bitterness between Elvira and her dad, but I was wrong. When Elvira stopped talking, he slowly got to his feet and said, “It’s a great blessing from God that you helped my daughter to study, and I thank Heifer for that. But we have to stand up as a community and help all the girls. Young men can go and leave the village, but the girls have to stay here. They’re our future.”

A few hours later, I was driving back from the village with Heifer’s Byron and Vivian (in Spanish it’s pronounced “Bibian” – and how adorable is that??)  when we saw four girls practicing their soccer kicks in a park in Sacapula in the late afternoon. They were seriously whaling that ball, cheering each other on, and were tremendously excited to be photographed doing it. 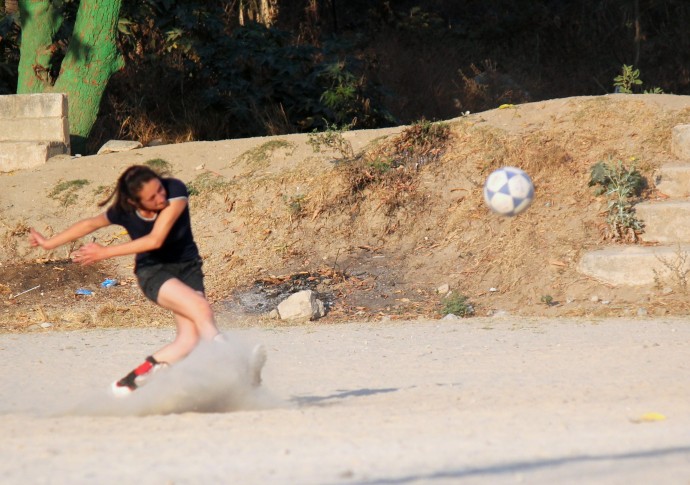 I loved seeing that. I loved cheering with Bibian as she taught me to holler, “Vamos, chicas!” I loved everything I saw that day at Alta Verapaz.